As avid movie-goers and people of science, we would have all been emphatically pushed out from the immersive experience that movies offer with sequences that stretch the laws of nature beyond belief and compromise the entire experience itself. By ‘laws’, I mean ‘physical laws’. A practitioner of science would surely find such sequences silly and careless from the side of the creators. Hence, what follows is a brief introduction to the several ways in which the laws of physics are violated in movie sequences, with a brief discussion on how the sequence would play out realistically. I am not considering movies where the plot establishes some logical or fictional point as to how the protagonist can yield such power but those where your everyday commoner wields it without any explanation as such. This only aims to cultivate an audience who cannot be tricked and who would in turn demand more from the makers themselves. Above all, its ultimate purpose would be entertainment alone. 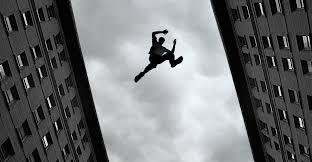 How it would have looked realistically

All of this is not to say that there aren’t sequences where the laws have been respected. However, they are few and far between. Alas, the movies reflect the vision of the maker and any comments made here only reflect my interpretation of the same. There are several more inconsistencies that one can observe if one pays close attention. What we have covered so far is but the tip of the iceberg. I hope this only makes one appreciate the greater effort in making a movie coherent with the laws of physics and that I have not ruined your experience of classic sequences from movies.

What is Worthy Enough of Our Sleep?

My Journey to IISER

Breaking Down the Cell’s Secrets

You’re in our cult now.